I watched the film ‘The Conspiracy’ just now and decided to do my research into the Tarsus Club following it. In short, the film entertains the idea that the Tarsus Club is at the centre of the New World Order.

This group actually exists, or the internet says it exists at least. It has its own website; the very one shown in the documentary/film. The film features interviews with actual real people, so it is based on some factual evidence. Before you read on, i’d urge you to watch it.

Now i’m going to assume that you’ve all watched it. Here’s the really weird thing: the Wikipedia page for The Tarsus club was removed. Don’t believe me? Take a look: 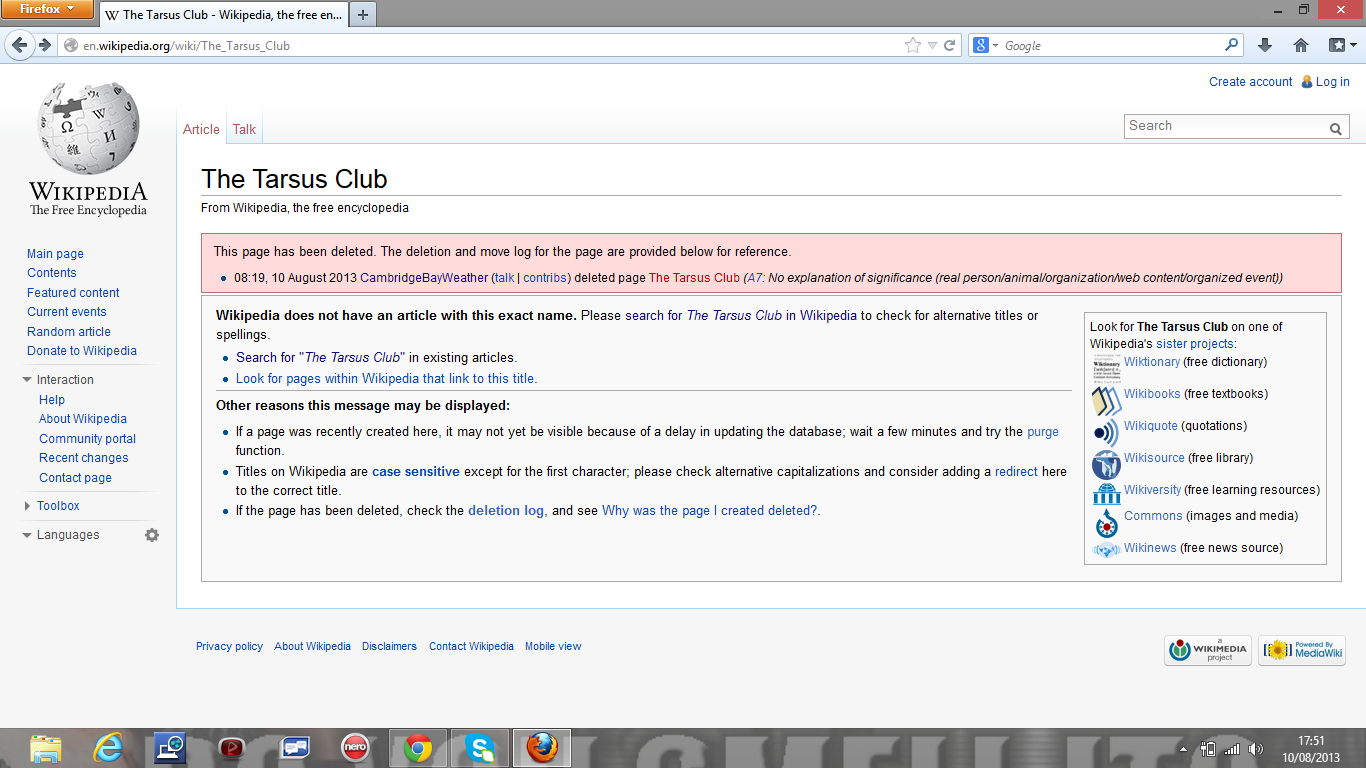 So after seeing this, I felt a little uncomfortable because I couldn’t find anything other than The Tarsus Club’s website online. I eventually stumbled across an interview with the two film makers/actors who play the lead roles. At the very end of the interview, the interviewer asks about Murray Chance. Murray Chance, as Google very very VERY briefly states, “Murray David Chance is an American financier, the current chairman and owner of Chance Investments”. If you go onto the Tarsus Club website, it states that he is currently the chairman and pesident. So he’s a pretty influential guy. The interviewer points out that he was actually listed as a Producer of the film and here was the response: 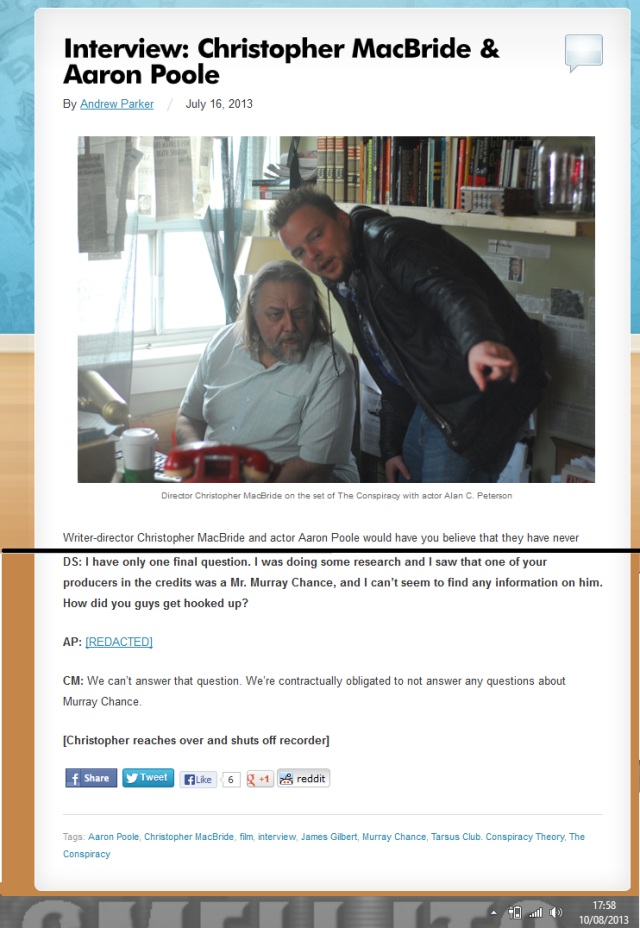 So, as you can see, they seem tight lipped on the matter. However, just so you know, that link directs you to the removed web page. Pretty strange, no? Upon further investigation (a quick search on the internet), I literally found NO information on this Murray Chance. How can one person be so influential in the financial sector and business world, yet have nothing written about him? Well, there was one thing. A Wikipedia page that was removed TODAY. That’s two related Wikipedia pages removed on the same day. Here you go: 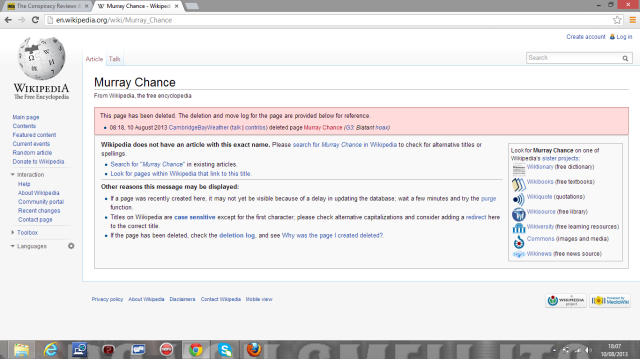 Now i’m not saying this Tarsus Club is even real, or does exactly what some people believe, however I do find it really strange that I watched this film today and the pages were removed today also. I’m also very uncomfortable about the fact that nothing on Google exists about both of these topics. Oh, and the fact that Murray Chance is actually part of the Bilderberg Group.